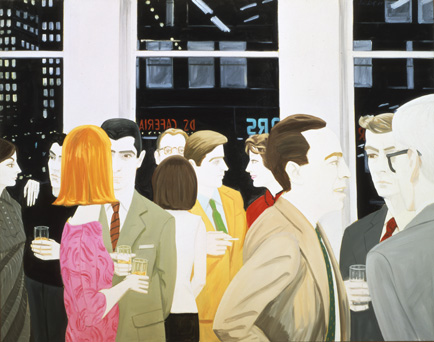 Do you like contemporary groovy lounge sounds mixed with mid-20th century jazz?

Well, I do. And if I’m throwing a cocktail party and want some cool tunes, this is it. The best of the best, as far as I am concerned.

I am also playing around lately with various tools for sharing songs and playlists. Right now, I’m liking Grooveshark for a few reasons. It has virtually every song I am looking for (well, lots of them anyway) and the interface is nice. Their little widget maker seems to work well, though I may have encountered some bugs in playback. (Note: The volume may be higher than you want, so be ready to adjust down as soon as it starts playing. Also, if the widget stops working, just reload the page and select another song.)

My “liner notes” on this playlist are as follows:

So Com Voce – A Bebel Gilberto tune remixed with Thievery Corporation makes for a nice groove.

Chord – I have always loved this tune by Sade’s backing band, Sweetback.

London in the Rain – I like the urban soundscape in the background. Substitute Vancouver for London to get the Canadian equivalent.

Sleep – Ethereal and airy, yet driven by the beat.

But not for me – Chet Baker is one of the coolest of the mid-century jazz men. That voice, that trumpet. Iconic.

Ochimini – I know nothing about this one, absolutely nothing. But that beat speaks to me.

I hear a Rhapsody – John Coltrane plays what has to be the quintessential cocktail party tune. Just listening to this one will make you run for the martini shaker.

Jump, Jive and Wail – Louis Prima proves that they knew how to party long before the urban lounge scene.

Singles Party – Gets you back into that contemporary groove mood with a rollicking tune that’s almost dance material.

Sigueme – Again, a song driven by an irresistibly seductive beat. Other than that, I know nada.

Arrastao – Contemporary Brazilian groove. No idea what Arrastao even means. Anyone?

Morenito – This one had me from the classical guitar intro. Good music does not require you to understand the lyrics – think of it as an instrumental piece and the voice is just another instrument.

I Couldn’t Love You More – Sade at her best still grooves.

Sometimes – Michael Franti is a bit of a hero for me. His political and spiritual lyrics sit firmly on his groove, so you can move while you’re contemplating his almost prophetic words. And he doesn’t wear shoes – and I have a lot of respect for people who voluntarily move through the world without shoes.

No Communication, No Love – Probably one of my favourites on this playlist, it transitions from the cocktail portion of the party to the dance portion (assuming there is one).

So, there you go – a cocktail party in a playlist. Just add the martinis.