I woke up last weekend and came downstairs to find Ben watching YouTube videos. Usually he sticks to Bakugans and BeyBlades, but on this morning he was watching a guy use a laser to burn a Popsicle stick. Then he showed me another video of how the guy converted a Bic lighter into a the miniature laser that could burn the Popsicle stick. Admittedly, it was pretty cool and the guy in the video made it look easy, of course.

When the video was over, Ben gave me that look.

“Absolutely not,” I replied, a bit taken aback by my own strong, almost angry, reaction. But my mind had rapidly processed the utter madness of the prospect of helping a seven and a half year old make a laser capable of burning wood.

“Awww.” He was disappointed and getting angry at me for not complying. This sent me over the edge.

“Are you crazy?” I shouted. “I’m not making a laser for you that is capable of burning your eyeballs out. No! That’s a stupid idea.”

The conversation ended with Ben being sent to his room and me wondering why I had gotten so upset. I think I was just reacting to the fears I had for his safety. Then I felt bad for not handling it better.

After some time, Ben emerged from his room and walked up to me, his arm outstretched with a note. The note read: 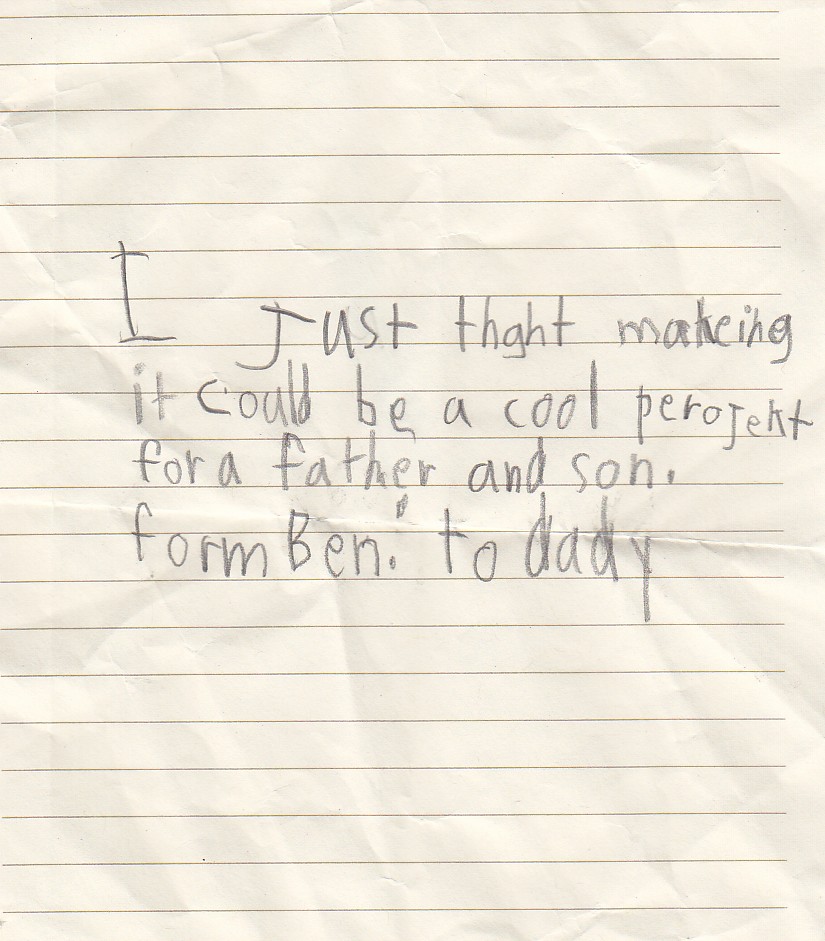 Wow. What a kid! A zinger straight to the heart.

So instead of the laser, we made a Lego boat together…which is also a cool project for a father and son. Right?