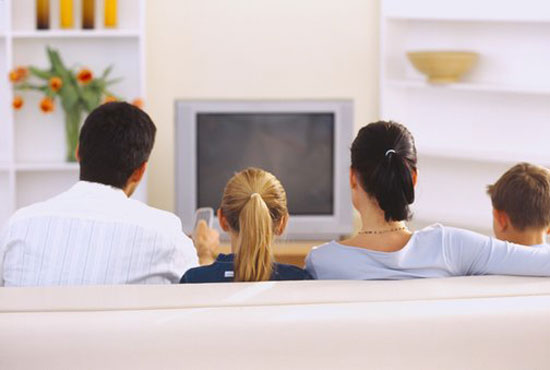 Media is changing so much and so fast these days. I find myself spending hours and hours in front of the computer watching, listening, writing and creating – and almost no time watching TV.

In my more radical (and long-hair) days, I did not think highly of  TV. I was was quite fond of Jerry Mander’s book Four Arguments for the Elimination of Television. Many of my activist friends didn’t have TVs – though, the serious activists used to keep a small black and white TV in the closet and pull it out only to watch media coverage of their activist antics. I think the Mander book still has some intellectual appeal and makes some worthwhile arguments against TV and, by extension, the infinitely more powerful forms of media that have eclipsed it.

But lately my attitude to TV is changing. Now that I am a parent in the Internet age, TV doesn’t look so bad after all. It has lots of advantages over the new media: it’s easier to control content and pedophiles are not lurking around every corner. And the quality of TV programming and production is still very high in comparison to the Internet. (Though, there are telltale signs that this is changing – just ask people who make films and television for a living.) My son watches hour after hour of video on YouTube of guys showing and talking about their Bakugan toys. While they are informative for him – a seven year old Bakugan enthusiast – the videos are amateurish at best. Some are not even in focus!

So when it comes to family time, more and more I find the joys in sitting together and watching a show that we all like. Here’s what we like to watch together on TV in our house:

1. Home video blooper shows – The king of these is America’s Funniest Videos (AFV) and it’s good, clean family entertainment – assuming you don’t mind watching people get hurt sometimes. There’s something for everyone to laugh at. In a similar vein, lately we’ve been watching the Wipeout series which is kinda like AFV on steroids.

2. Science shows – One of my favourite kid shows of all time used to be Popular Mechanics for Kids (PMK). It’s long since stopped producing, but reruns can still be found and it’s main hosts, Elisha Cuthbert and Jay Baruchel, have gone on to successful movie careers. Another favourite in this category is How It’s Made – a half-hour program that shows how common things are made. We all really seem to enjoy watching this kind of content and the discussions that often result are priceless.

3. Cooking shows – Everyone in my family knows I have a crush on Nigella, but we don’t often watch her as a family. (Too racy, you could say.) We tend to watch Iron Chef or other cooking competition shows together. Cooking shows are dad’s favourite because I get good ideas for daily dinners.

4. Home renovation and design shows – The kids really seem to like the Extreme Home Makeover series, but I must confess that I find it too contrived. Shows about renovating or redesigning are mom’s favourite and we’ll watch almost anything on the air with Sarah Richardson.

5. Sports – I don’t watch much sports, but every once in a while my boy wants to have some “guy time” and watch football or something. We usually play a board game, eat snacks and drink beer (well, I do anyway). It’s fun because if you know me you know how much I’m not really a guys guy. And the boy doesn’t watch much – it’s really just about some one-on-one time with dad.