After much anticipation and some consternation, Ella’s tooth finally decided to come out. 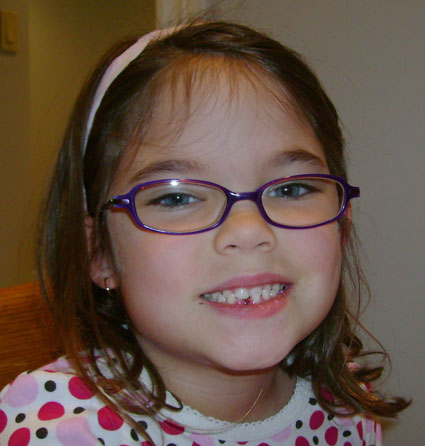 We’re not sure how long the tooth fairy will be coming to our house. After all, this is the girl who figured out 3 months ago that Santa was just the Christian kids’ parents and had to be reminded not to tell all her friends of her revelation.